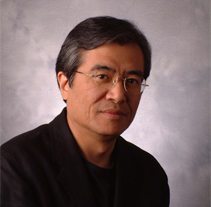 Ken Sakamura, Director of YRP Ubiquitous Networking Laboratory (Professor of Graduate School of Interdisciplinary Information Studies, The University of Tokyo) will be honored with ITU’s 150th Anniversary Award at the commemorative event that will be held at the headquarters of ITU in Geneva on 17 May 2015.

Sakamura has contributed to the research and education of computer science for a long time, has conducted the research and development of the computer system of open architecture with high real-time performance named TRON（The Real-time Operating system Nucleus）. As the result, he has released and promoted an open software platform (operating system) to the world for free. He has proposed the concept of ubiquitous computing environment or the Internet of Things (IoT) in which many objects in our surroundings are embedded with small computer nodes with sensors and actuators that are connected to the network, communicate with each other and operate in a cooperative manner to offer sophisticated services to human users since the 1980s and has contributed to the achievement.

I am honored to be recognized for the results of years of my research activities, and would like to express my most heartfelt gratitude for the award on the occasion of ITU’s 150th Anniversary. I would like to thank people who have helped and supported us for a long time. I wish to make contributions to the ICT to enhance our living environment as much as I can in the future.

On the occasion of ITU’s 150 anniversary, ITU 150 Awards recognize individuals who have contributed to improving lives of world citizens through ICT innovations developed, promoted or implemented by ITU. Total six people in the world including Ken Sakamura will be honored with ITU’s 150th Anniversary Award. The other winners are Bill Gates, Robert E. Kahn, Thomas Wiegand, Mark I. Krivocheev and Martin Cooper.
http://www.itu.int/en/150/Pages/awards.aspx

For the full citation of other laureates, please visit the following
URL: http://itu150.org/awards/